A European cooperation around the “Safety with a smile” animated series

Napo is the hero in a series of animated films made by a consortium comprising INRS and the main European occupational risk prevention players: AUVA (Austria), DGUV (Germany), HSE (United Kingdom), INAIL (Italy) and Suva (Switzerland) and the European Agency for Safety and Health at Work (EU-OSHA).

The Napo consortium was created after the European Year of Safety and Health 1992/3, and the European Film Festival held in Thessaloniki in 1992.
The aim was to create an OSH film series to raise the awareness of all employees in Europe, regardless of their culture, language, and work habits. The series is therefore language free with a light and amusing tone which makes it possible to address major occupational health and safety issues in a simple manner. The series is ideal for launching discussions and reflection within companies on occupational risks.
The series, produced with computer-generated images, plunge Napo into different work environments. In each episode, he has to deal with a specific safety and health issue: handling chemicals, driving vehicles, physical work, etc.

Napo has become the mascot of prevention and is present in many trade shows and conferences.
The Napo series has a total of 22 episodes. They can be downloaded on the NAPO website and viewed on INRS’s Youtube channel. 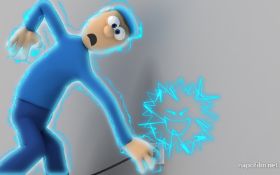 All events
Page from the site en.inrs.fr Copyright © INRS